This case involved a morbidly obese woman who underwent a vertical banded gastroplasty with Roux-en-Y. The procedure was performed through an open incision because the patient was undergoing a cholecystectomy and a ventral hernia repair during the same surgery. The bypass was uneventful, a gastrostomy tube was placed, and there were no apparent complications to any of the procedures.

Postoperatively the patient experienced abdominal pain, and although a Gastrografin study three days after the procedure showed no clear indication of extravasation, a CT the following day showed a large fluid collection surrounding the spleen, which was felt to be blood. She was returned to the ER on post-op day 9 for repair of wound dehiscence and evacuation of an infected hematoma.

Intraoperatively, after the hematoma was evacuated, and bleeding was noted from the gastric pouch as well as the spleen. The bleeding was controlled and there was otherwise no evidence of abscesses or foul-smelling fluid. Further dissection did reveal a relatively fresh enterotomy on the end of the Roux limb, and this was easily repaired with suture. Unfortunately, the spleen continued to bleed from the hilum area so a splenectomy had to be performed due to the patient’s developing coagulopathy. At the conclusion of the procedure when the retractors were removed, a liver laceration became apparent. It was packed, drains were placed, and the patient was closed.

The plaintiff alleged that the defendant injured the bowel during the initial gastric bypass procedure, resulting in peritonitis and the complications that ensued. The defense contended that the gastric bypass was performed within the standard of care and without incident. The defense opined that the patient’s bowel perforation and bleeding were delayed complications, which are relatively common. Further, while the patient did have an infected hematoma, there was no sign of true peritonitis from bowel contents spillage. 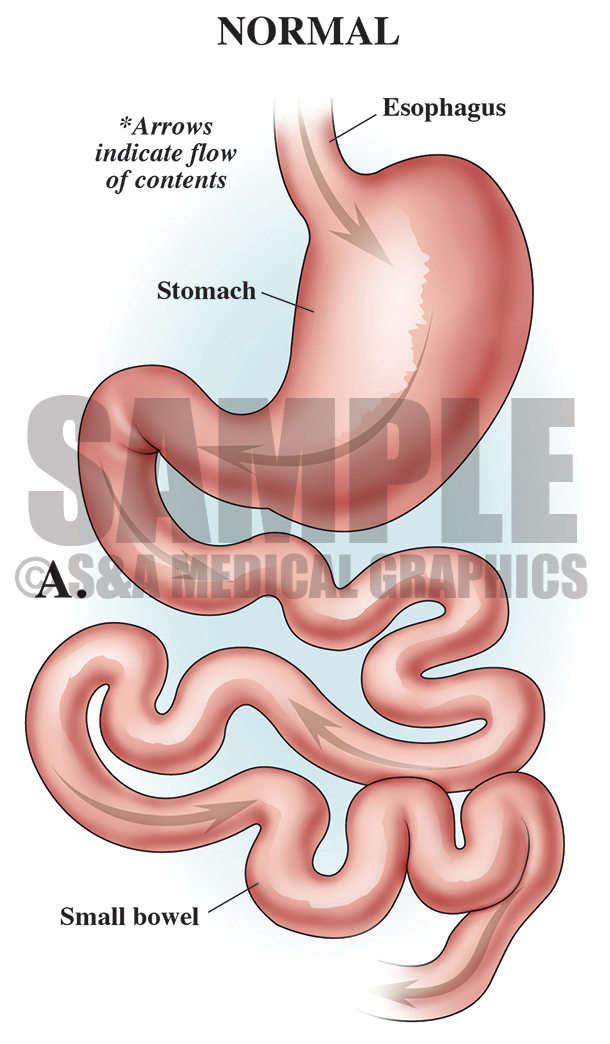 The plaintiff alleged that the defendant injured the bowel during the initial gastric bypass procedure, resulting in peritonitis and the complications that ensued.

The first goal of the defense visual strategy was to explain the principle behind performing a vertical banded gastroplasty with Roux-en-Y bypass, showing how it aids the patient in losing weight and to show the anatomy involved in this surgery. 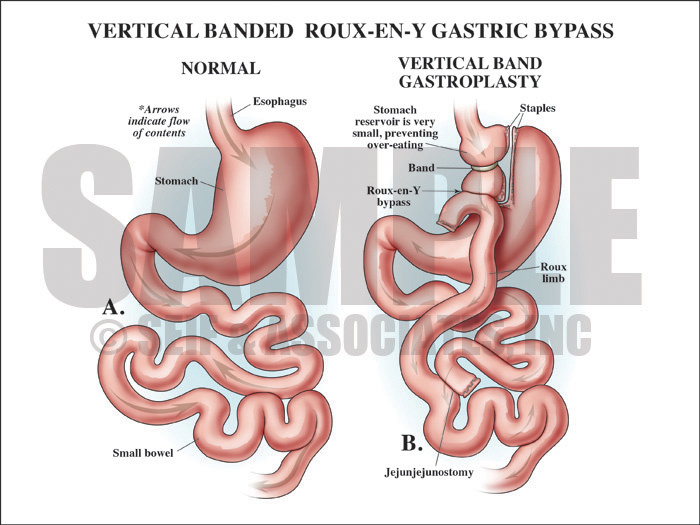 With the next exhibit, the defense explained the mechanics of this surgery, in order to show how the anastomoses were oversewn during this procedure making it very unlikely that there was a leak after the initial procedure. 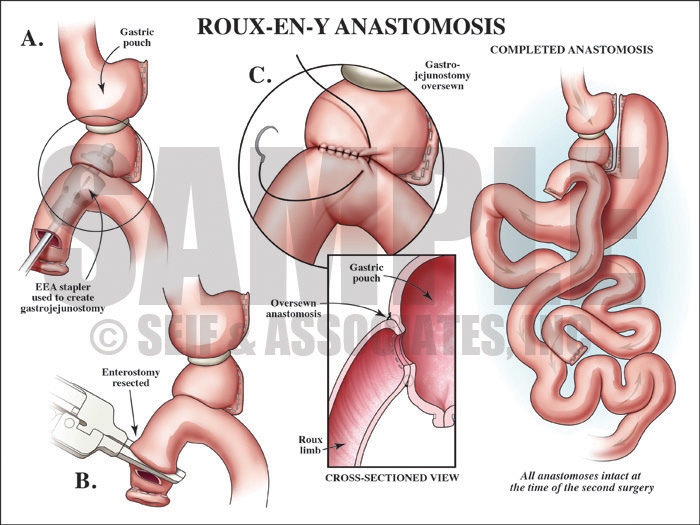 Then next step of the visual defense strategy was to show the jury the relative locations of the roux-en-Y surgery compared to the intra-abdominal hematoma by showing them a postoperative view as well as interpreting the postoperative films. 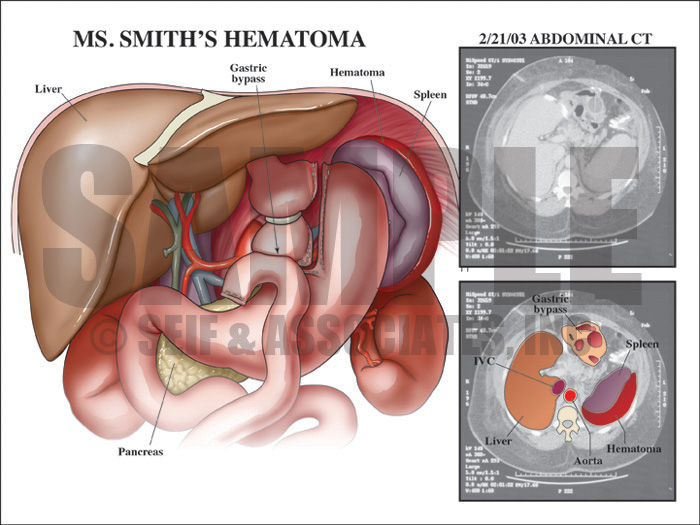 Exhibit 3 depicts the postoperative view of the patient’s anatomy.

The defense then chose to visually explain wound dehiscence in order to show how this tissue breakdown can, and often is, caused by infection in the skin and/or subcutaneous tissue. 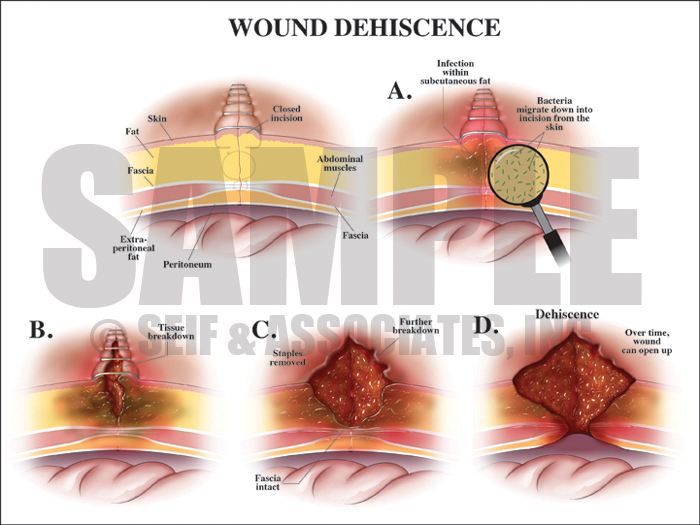 Lastly, the defense sought to visually explain how a splenic hematoma, like the one that this patient developed, would break down and dissipate over time. 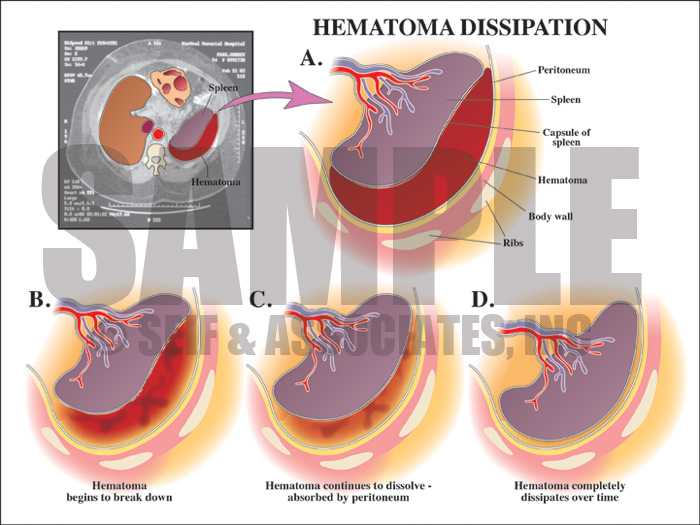 Exhibit 5 depicts how splenic hematomas break down and dissipate over time.

The visual exhibits used in this case helped the defense to simplify some very complex anatomy and surgical technique in order to clearly explain how these complications occurred in the absence of negligence.