This case involved a middle-aged male patient diagnosed with carcinoma in situ of the bladder. At the time of diagnosis, doctors found no signs of metastasis. Further complicating the patient’s course was a long-standing history of severe kidney disease preventing use of any contrast for radiology studies.

The patient underwent an initial resection before presenting to the defendant for a second opinion. The defendant recommended a transurethral resection (TUR) to completely eradicate all disease and Bacillus Calmette-Guerin (BCG) therapy. The TUR was performed within the following few weeks. During surgery, a partially resected nodular tumor was found on the posterior wall. The tumor was completely resected and staged as a high grade T1 tumor and carcinoma in situ. Postoperatively, BCG therapy was started.

A repeat TUR 4 months later revealed no invasive carcinoma. Urine was collected and cytology was positive for malignant cells. This is fairly typical after a resection and was not immediately concerning. Several more cystoscopies were done and although none showed any evidence of cancer within the bladder, urine cytology was positive for malignant cells on several occasions. The patient was monitored closely with cystoscopies but no additional imaging was ordered. 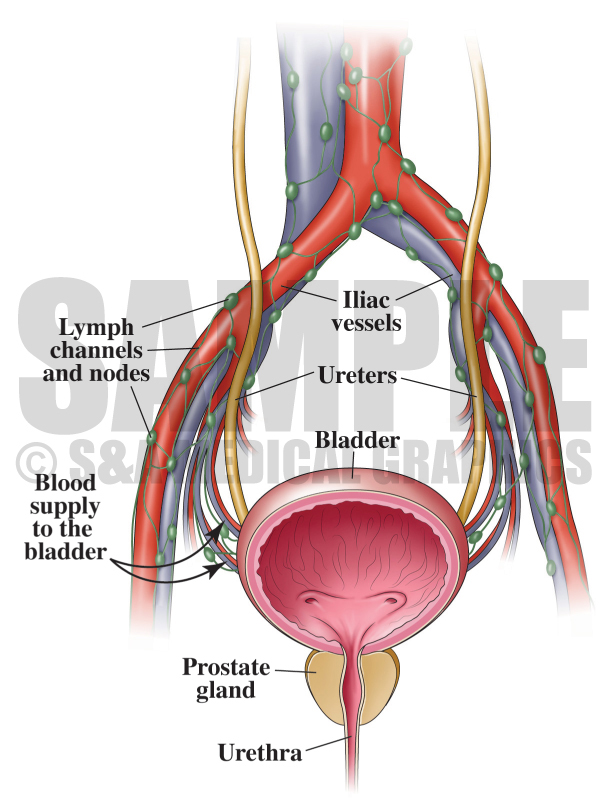 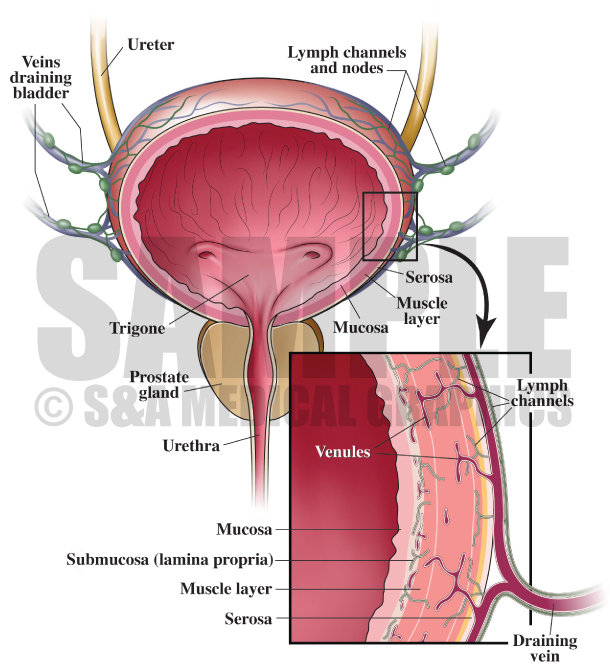 During a routine work-up for the kidney transplant list, a rectal mass was identified on MRI. Biopsy revealed high-grade urothelial cell carcinoma with metastasis. Unfortunately the patient declined rapidly and passed away. An autopsy revealed a tumor involving the urinary bladder with spread into the rectum and extensive metastases though out the body.

The plaintiff alleged the defendant team failed to properly follow and treat the patient’s bladder cancer. The defense contended this patient was followed extremely closely and appropriately throughout his care. Imaging with contrast was not an option and imaging without contrast would not have been overly helpful for diagnosis and treatment. This patient’s cancer was especially aggressive and he had undetectable micrometastasis at the time of his initial diagnosis. Sadly, an earlier diagnosis of the metastases would not have changed the outcome.

The plaintiff alleged the defendant team failed to properly follow and treat the patient’s bladder cancer.

The first visual exhibit was designed to explain gross and microscopic anatomy of the urinary bladder. By showing the jury normal venous and lymph drainage of this tissue, the defense team laid a foundation for later discussion of metastasis and micrometastasis. 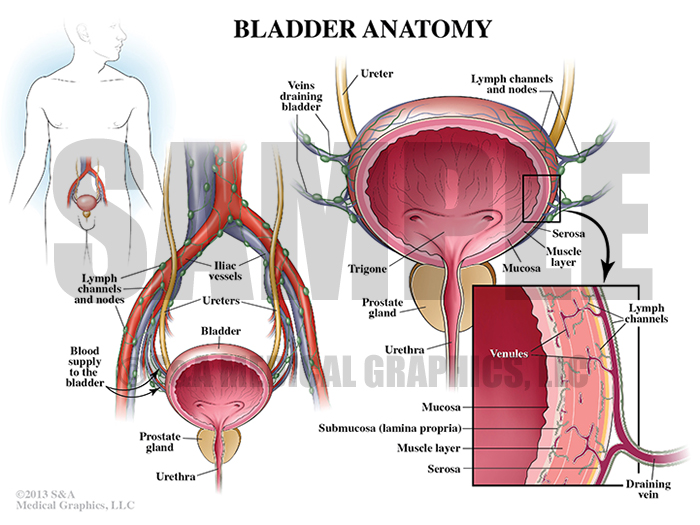 Exhibit 1 depicts the anatomy of the bladder.

Once normal anatomy was introduced visually, the defense was able to more clearly explain micrometastasis, how it occurs, and how the cancer can spread while ultimately still undiagnosable. This type of spread is extremely difficult to identify early through testing like cystoscopy. 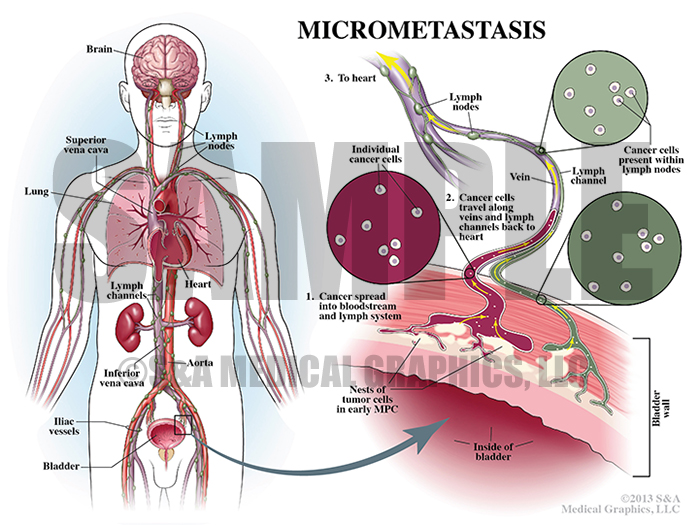 Exhibit 2 explains micrometastasis and how it occurs. 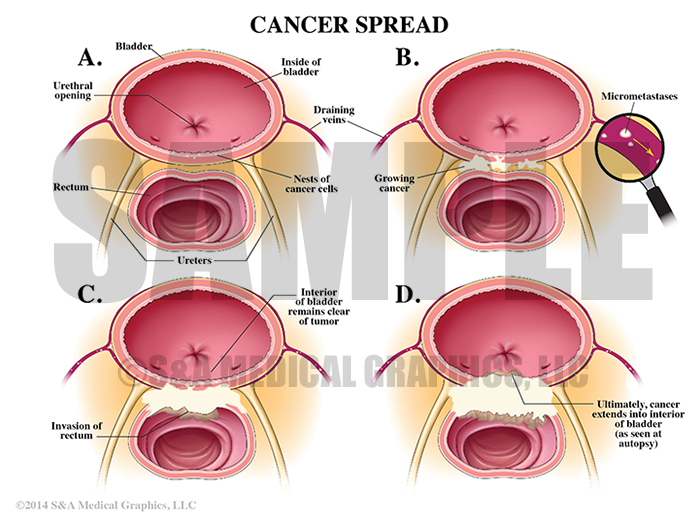 Exhibit 3 depicts the spread of cancer.

Another critical concept for the defense team to convey visually was cystoscopy and the limited view this procedure gives the caregiver. Since contrast was not an option for this patient, it was nearly impossible to identify cancer outside the bladder interior. 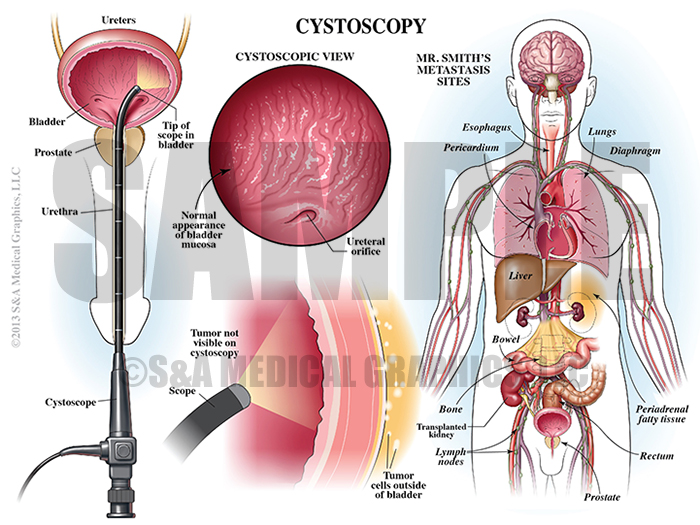 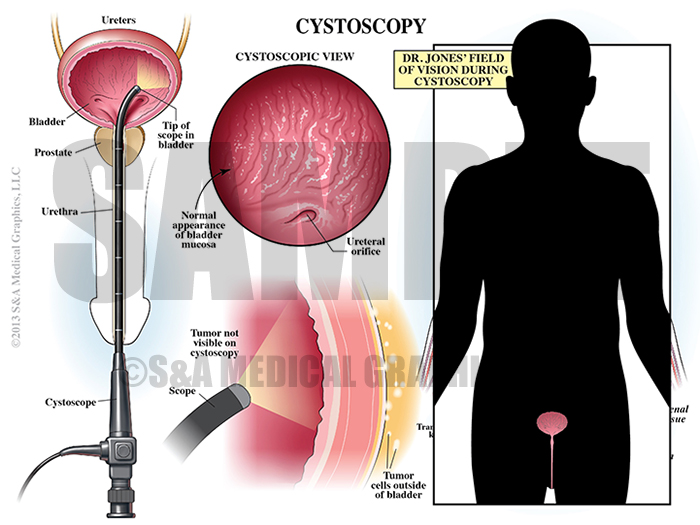 Overlay used in trial to visualize the doctor’s field of vision during procedure.

For a patient with end-stage kidney disease, contrast dye cannot be processed and excreted properly. Instead, the dye (gadolinium) would disperse through the body causing a devastating reaction throughout multiple organ systems. Further, contrast would not have been overly helpful in this case as it helps illuminate or outline hollow structures within the body. A mass within soft tissue would be ill-defined at best. 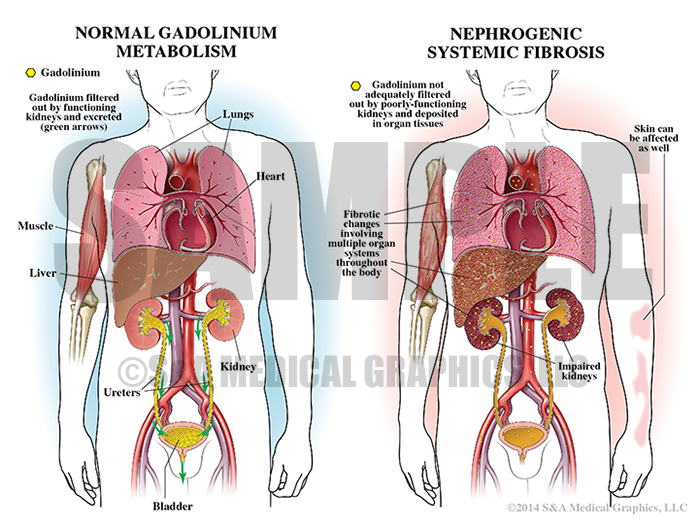 Exhibit 5 depicts the danger of using contrast dye on patient with kidney disease.

Finally, the defense wanted to show the extent of this patient’s metastasis in order to demonstrate this particular cancer’s aggressiveness. This exhibit also allowed the defense team to explain that the early framework for these metastases was laid at the time of the initial diagnosis. It was undetectable at that time and it would have been impossible to prevent further spread. 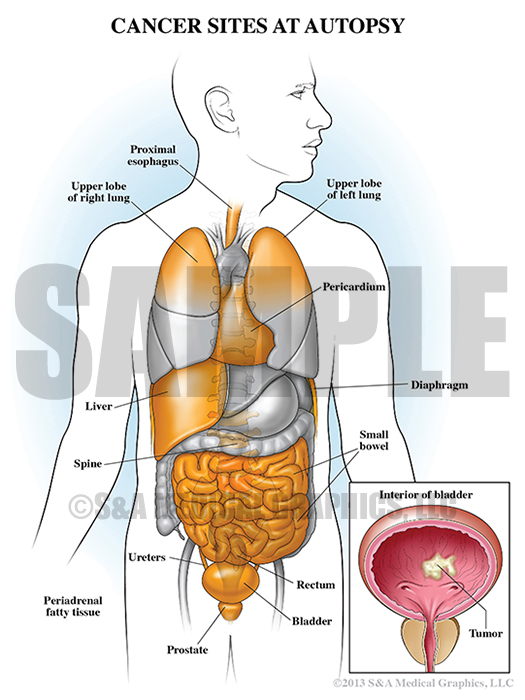 Exhibit 7 depicts the extent of the patient’s metastasis at autopsy.