This case involved a 72–year–old male patient with a history of degenerative disc disease, kyphosis, and ankylosing spondylitis with fusion of C2–C6. The patient was involved in an MVA and transported to the hospital with multiple abrasions, bruises, and complaints of lower extremity weakness. X-rays and CT revealed a C6–7 subluxation with a jumped facet on the right side and a mild L3 compression fracture. It was unclear if the subluxation was new or chronic. Later, the patient began to develop numbness in his hands and was unable to move his right arm. The defendant noted the patient had significantly declined from what he described when he arrived in the ER and was complaining of some numbness all the way up to his nipple line on the left side only and that his left leg was weak. A STAT MRI showed a 2 cm long cord contusion at the C7 level with a tear of the anterior longitudinal ligament, an interspinous ligament tear at C6–7, and stretching of the posterior longitudinal ligament. The patient was put on steroids and emergently transferred to another facility where he underwent an emergency fusion procedure. Unfortunately, he was left with quadriplegia and died a few months later due to complications of quadriplegia. 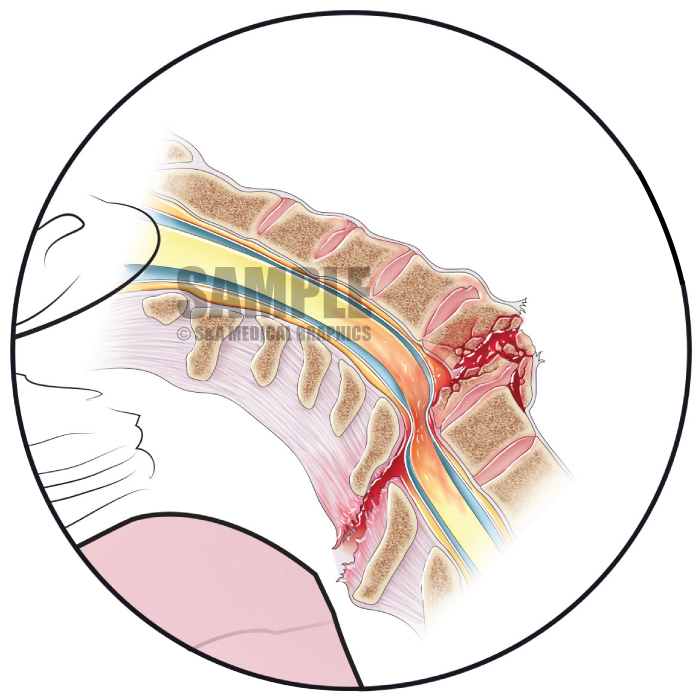 The plaintiff alleged that the defendants failed to properly evaluate, diagnose, and treat this patient’s spinal condition, and specifically that they failed to order an MRI and neurosurgery consult in a timely manner. The patient also should have been placed in traction. The defense contended that this patient did not show signs of a spinal cord injury initially, so there was no reason to order an MRI or a neurosurgery consult any earlier.

The initial exhibit was intended to explain the patient’s complex medical condition at the time that he presented to the defendant in order to show that his presentation was not consistent with spinal injury. 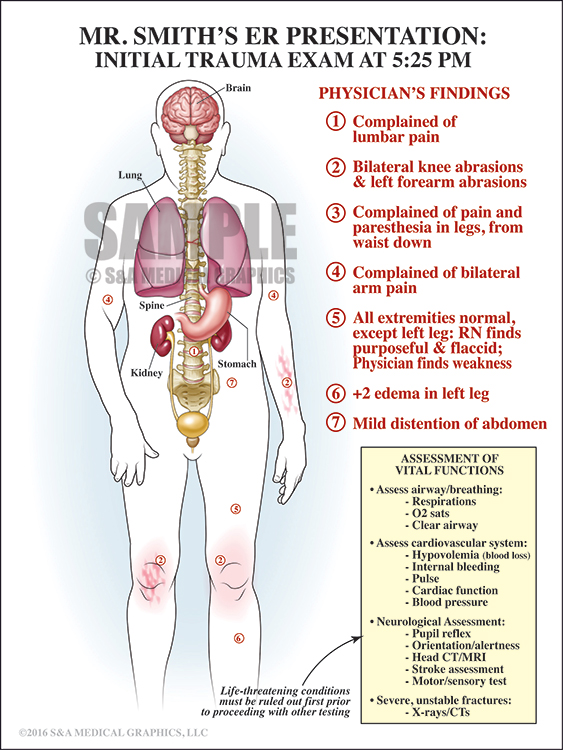 The subsequent illustrations demonstrated the patient’s pre-accident cervical spine condition and contrasted this with the injuries he sustained in the MVA. 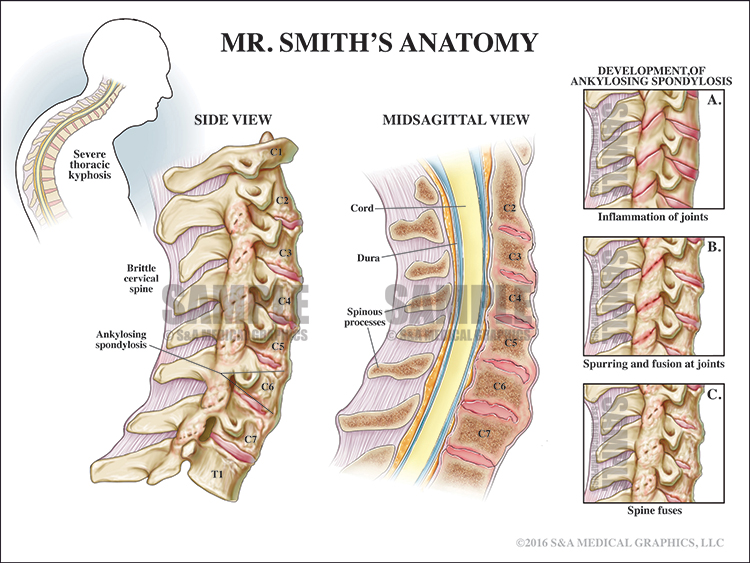 Exhibit 2A: Representation of the patient’s spine prior to the accident. 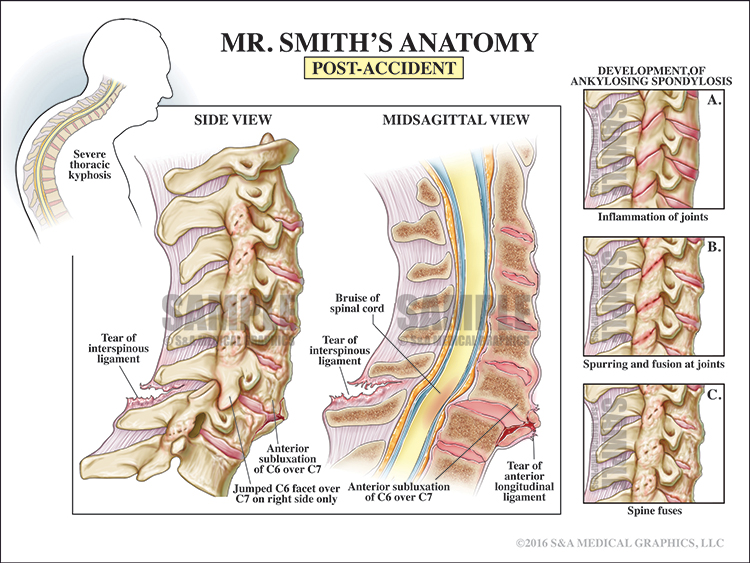 Exhibit 2B: Representation of the patient’s spine after the accident.

The next 2 exhibits showed how the application of a cervical collar (as ordered by the defendant) stabilized the cervical spine and alternatively how placing the patient in traction could lead to further fracturing of an already brittle spine, destabilization, and possible paralysis. 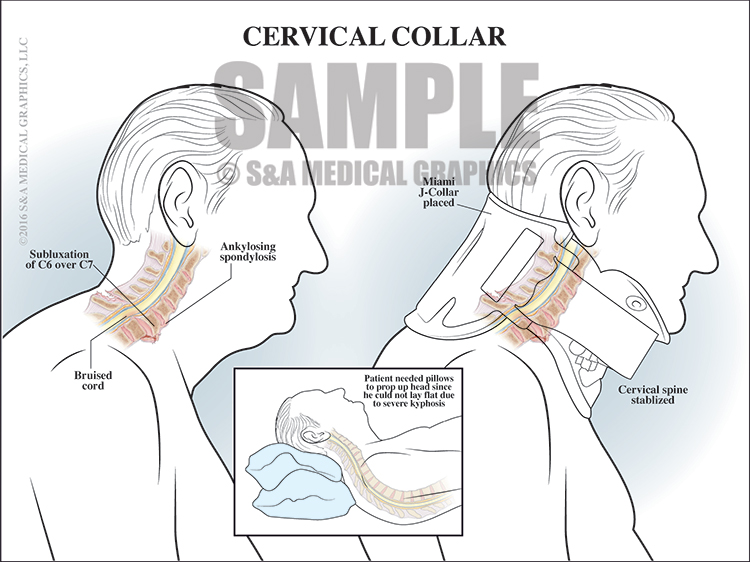 Exhibit 4: Dangers of spinal traction in a patient with a brittle cervical spine.

The final exhibit demonstrated how cord swelling (normal healing) could result in cord compression and permanent cord damage over a short period of time. The only treatment for such swelling is steroids, which were ordered by the defendant. 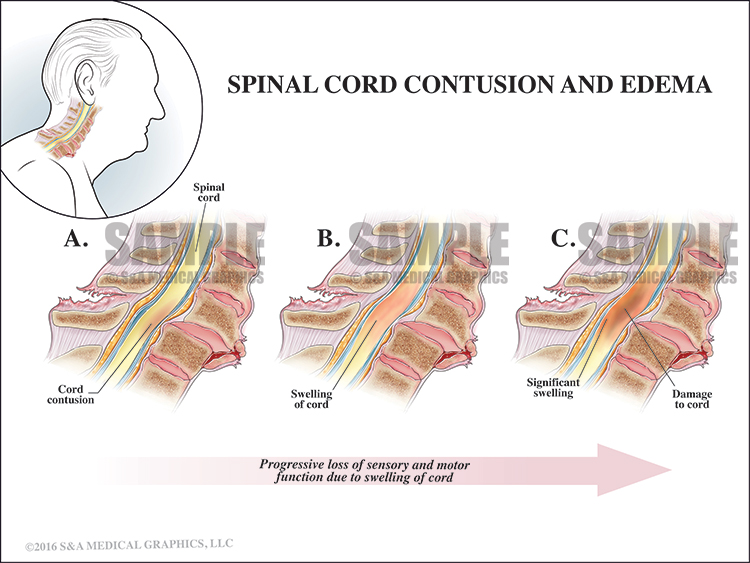