This case involved a 45-year-old woman who had undergone a transvaginal tape suspension (TVT) and rectocele repair in February 2004. Postoperatively she complained of left groin pain and tests revealed a small cortical cyst in the left femoral head so she was sent for an orthopedic evaluation. Her EMG was normal and physical therapy had good results. She returned three months later, however, with marked left groin tenderness and a palpable mass in the region. She underwent two left hip intra-articular blocks and reported relief of pain. A neurologist evaluated her and found no neurologic cause. Seven months after the original procedure however, she was in severe pain again. She underwent hip arthroscopy in October, with steroid injection, and she reported that she was pain-free at the follow-up appointment. 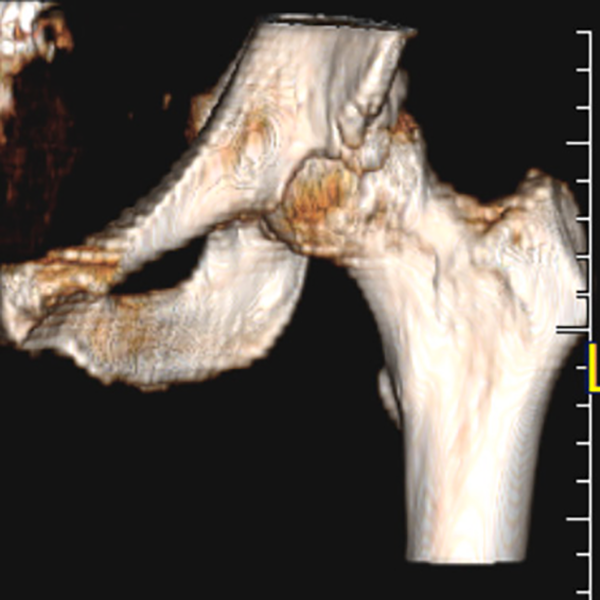 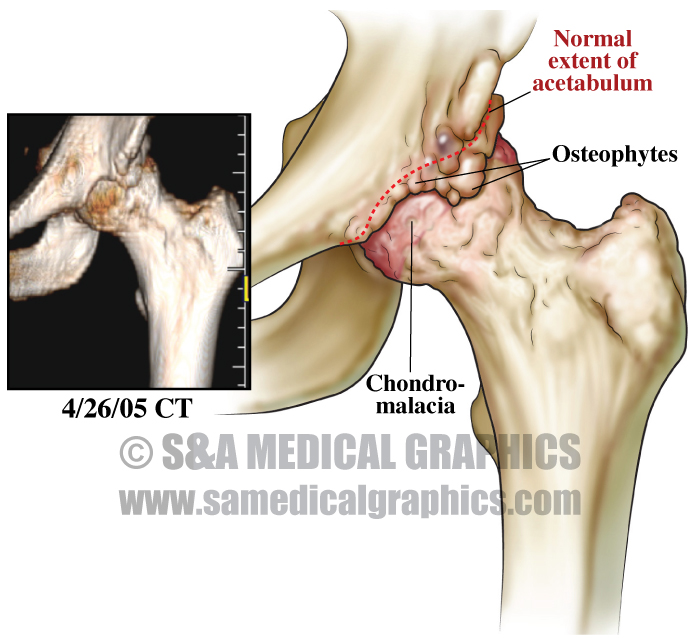 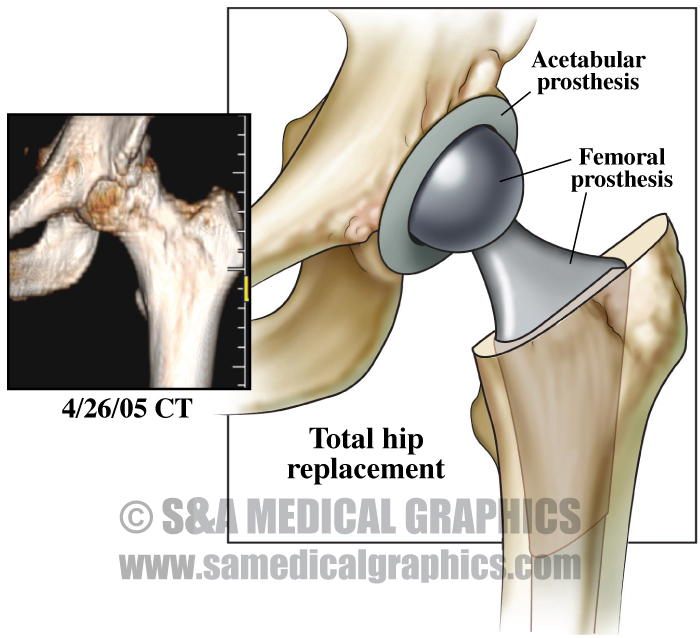 She was complaining of left hip pain by December again, however, so a second arthroscopic procedure was performed in March. At that time, the plaintiff’s anterior labrum was found to be hyperplastic and edematous, so a cartilaginous flap on the femoral head, as well as the anterior labrum, were reduced. Although she reported no pain at her follow-up appointment, the plaintiff presented again in April complaining of groin pain and increased hip irritability on passive range of motion.

The plaintiff underwent a total hip replacement in July and had excellent response and elimination of hip pain. The groin pain, however, returned in early 2006. She described it as extending from the femoral pulse region to the knee and posterior. Half of her sling was removed in May and her pain was totally relieved until August, when it returned again. Further testing revealed degenerative disc disease, so the plaintiff underwent an L4 nerve block, which relieved her pain for about three days. In March 2007, her TVT was again revised and no undo inflammation or obtrusion was noted intraoperatively. A segment of mesh was resected in November, but her left groin pain continued and she received a series of pudendal nerve injections through September 2008. The plaintiff ultimately underwent a pudendal nerve entrapment release in September 2008. She continues to be treated for chronic regional pain syndrome.

The plaintiff alleged that the hip replacement was unnecessary since she had nerve injury following her TVT procedure. The defense contends that the plaintiff had a hip pathology and that the presentation and the resolution of her hip after replacement show that the surgery was necessary and effective. While groin symptoms are common in hip disease, in this case the pain was apparently related to something else, but still lead to surgical resolution of her hip symptoms.

The plaintiff alleged that the hip replacement was unnecessary since she had nerve injury following her TVT procedure.

The first visual exhibit in this case was designed to educate the jury on the anatomy of the hip in order to explain the anatomical relationships in that region and to show how pathology in one area could cause pain in another. 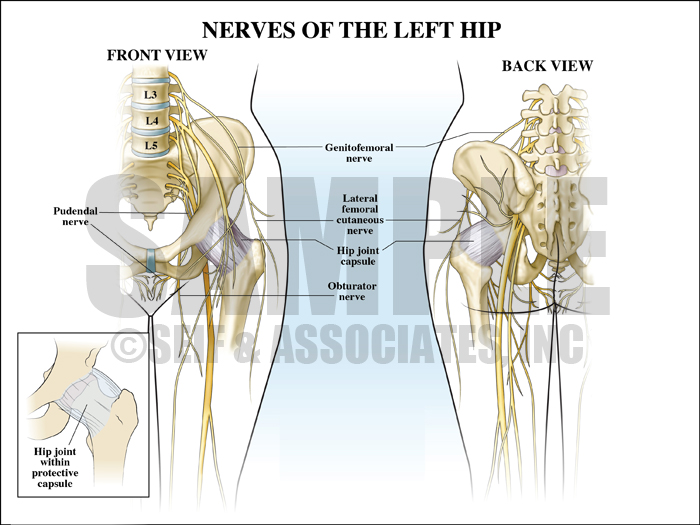 Exhibit 1 depicts the nerve anatomy of the left hip.

A key part of the visual defense strategy was to explain the plaintiff’s pre-operative hip pathology, and the next exhibit did this by comparing the plaintiff’s anatomy to normal. An accompanying exhibit showed the anatomy that was encountered during her hip arthroscopy as well as what was done during that procedure. 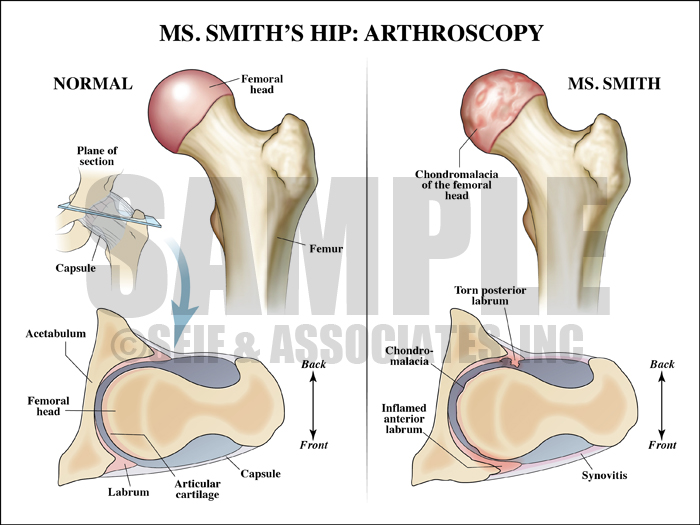 Exhibit 2 compares a normal hip to the patient’s hip. 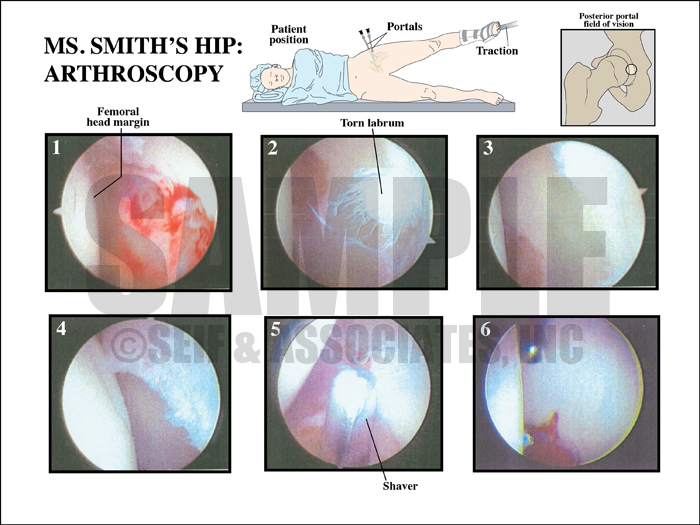 The final set of exhibits used reconstructed film views from the plaintiff’s actual CT studies in order to give the jury a more clear view of her exact preoperative anatomy. This allowed the defense to show the extent of the pathologic condition of her hip at the time of the hip replacement and to explain to the jury why the hip replacement was in fact necessary. 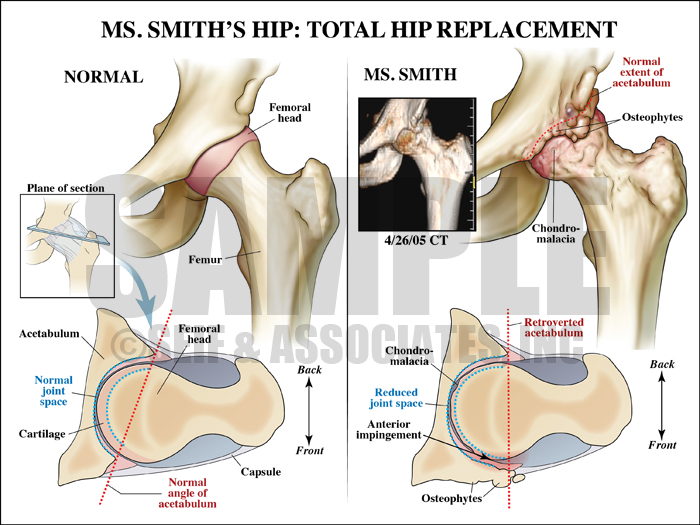 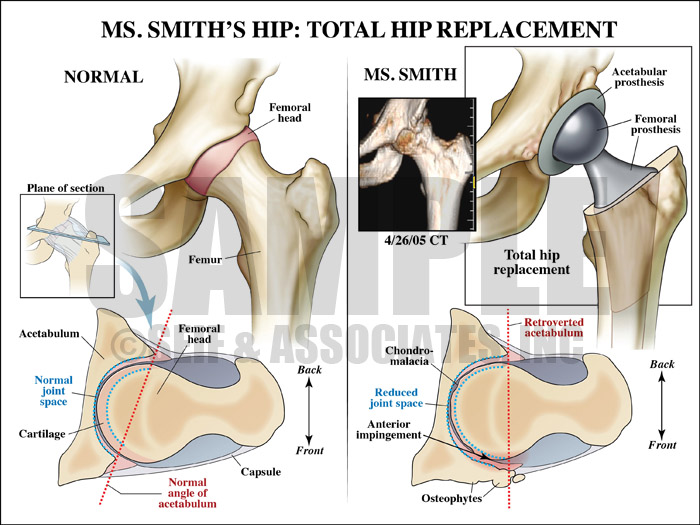 Exhibit 5 visualizes the prosthesis after the procedure. 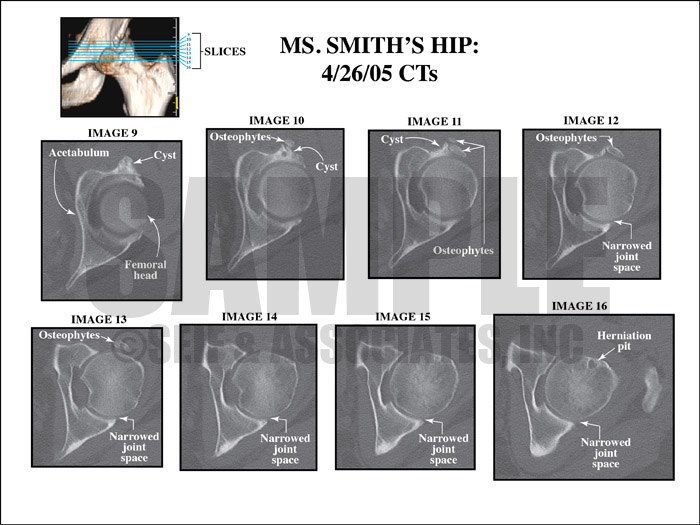 The visual defense strategy in this case was designed to give the jury a more clear understanding of the plaintiff’s hip pathology in order to explain that the damages alleged in this case – an unnecessary hip replacement – were not valid. By reconstructing the plaintiff’s films and using them in conjunction with artistic interpretations of the pathology that they showed, the defense was able to successfully explain that, not only did the plaintiff have a definite hip pathology, but also that the pathology necessitated surgical repair.