This case involved middle-aged male who presented with multiple gallstones in the gallbladder, one of which was lodged in the gallbladder neck. The defendant performed a laparoscopic cholecystectomy on 10/23/06. Upon visualization of the surgical field, the defendant encountered multiple adhesions, which required tedious dissection. After decompression of the tense gallbladder, the defendant dissected the cystic duct and artery out of the surrounding tissue. An intraoperative cholangiogram revealed a dilated common bile duct and short cystic duct. The defendant then transected what he believed to be the cystic duct but during dissection of the gallbladder from the hepatic bed, he discovered a structure leaking bile into the surgical field. A cholangiogram at that point revealed that the cystic duct had been divided at its junction with the common hepatic duct, resulting in an approximately 3 cm defect in the common hepatic duct. 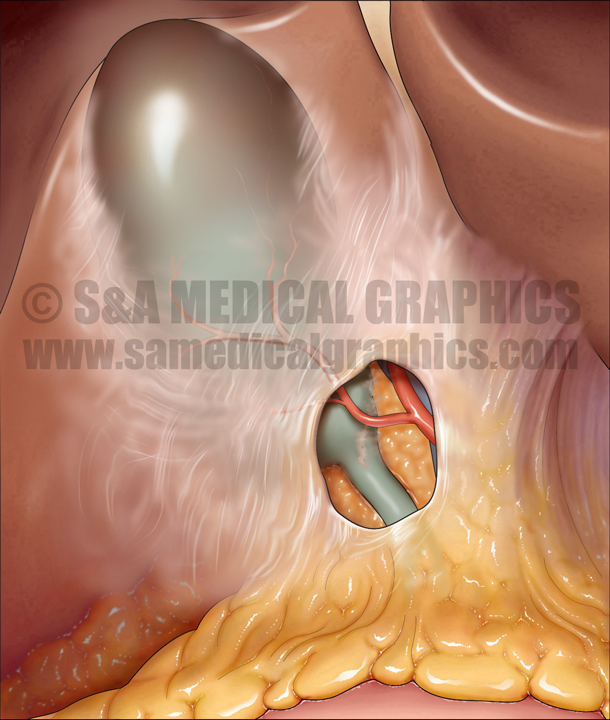 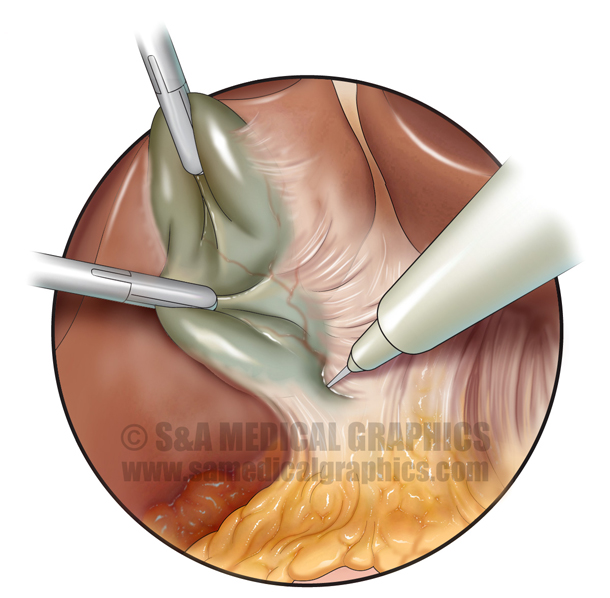 After multiple consults, the defendant elected to discontinue the procedure and prepare the patient for transfer to another area hospital for repair. A cholangiocatheter was left within the common hepatic duct and a drain was placed in the area of the injury. The trocar sites were closed and the patient was prepared for transfer.

The plaintiff alleged that the procedure was performed negligently, resulting in an injured bile duct. The defense contends that while unfortunate, bile duct injury is a known complication of this procedure, especially in the presence of adhesions. The injury was recognized immediately and plans for repair were made promptly.

The plaintiff alleged that the procedure was performed negligently, resulting in an injured bile duct.

The first step in the visual defense strategy was to educate the jury on the normal biliary anatomy. A simple graphic showing the ‘textbook appearance’ allowed the jury to see and easily understand the anatomy to be discussed during the trial. An overlay image enabled them to better appreciate what the surgeon actually saw upon entering the abdomen, showing that the anatomy is obscured by a sheet of connective tissue and fat—the lesser omentum. 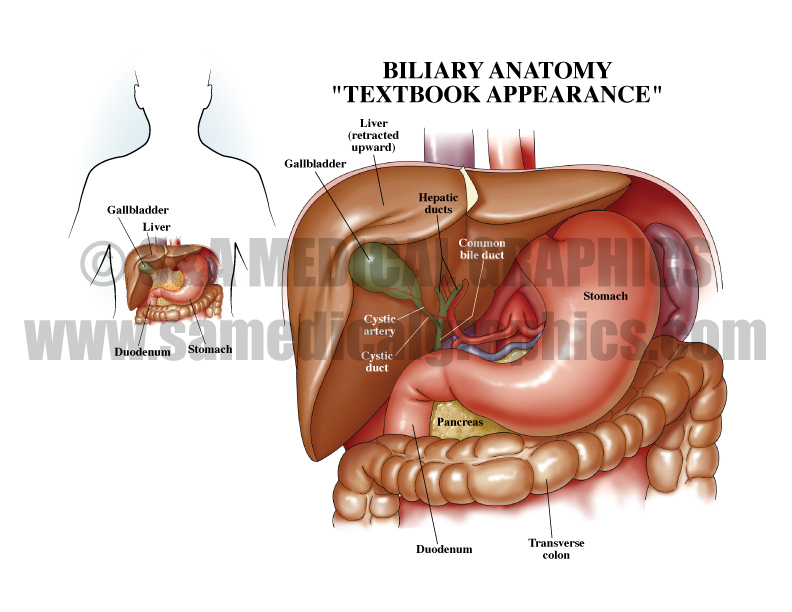 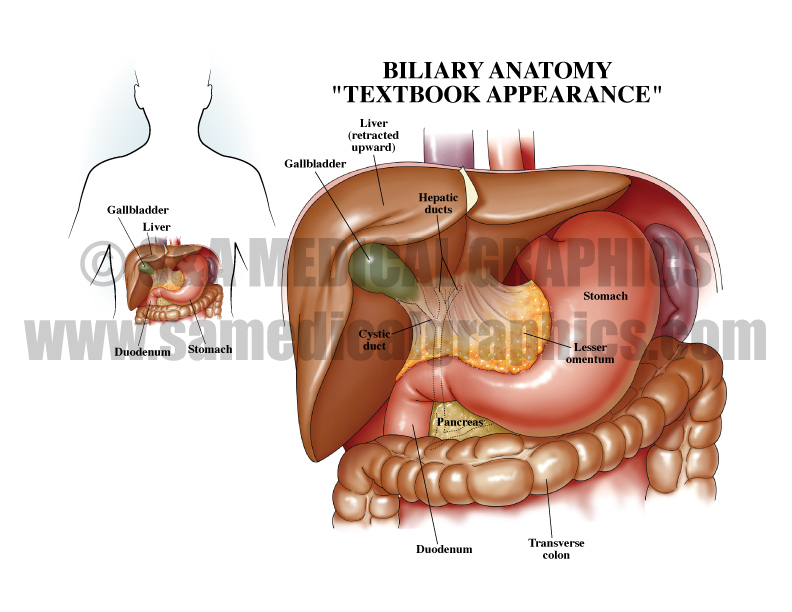 Overlay used in trial depicts the surgical view obscured by the lesser omentum. 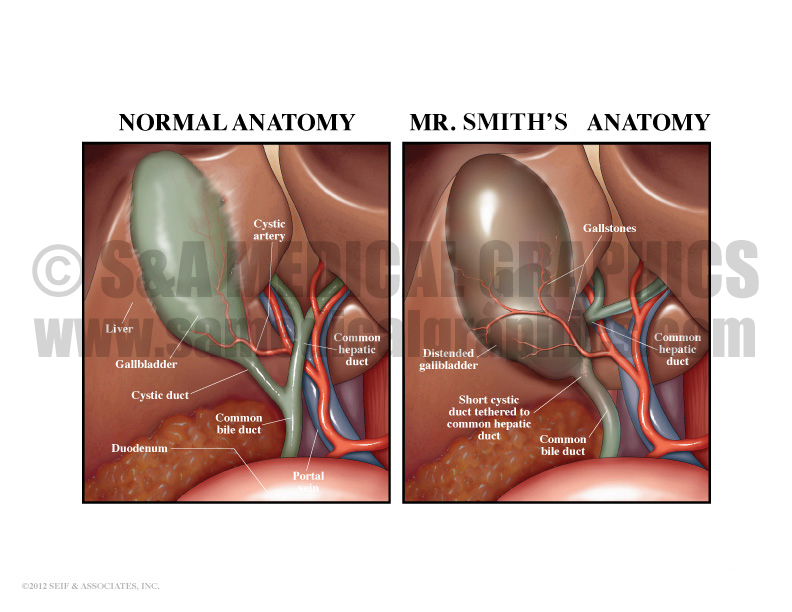 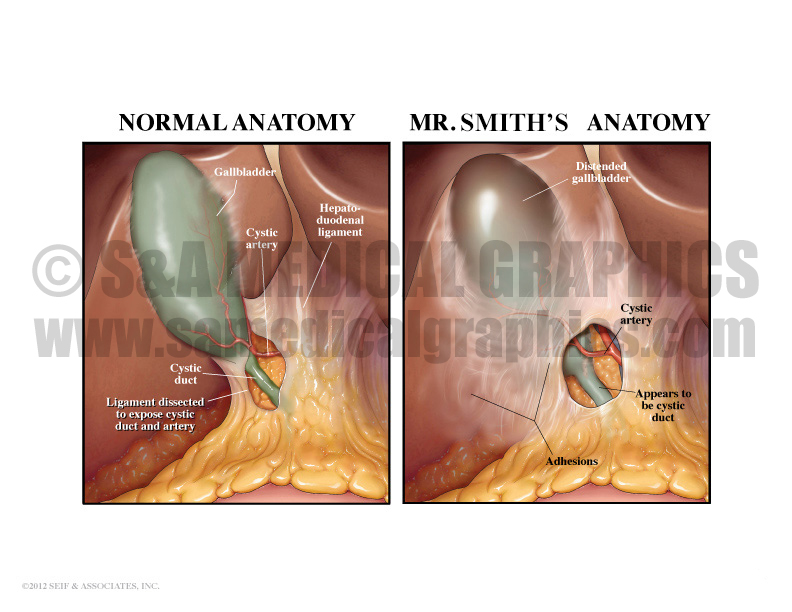 A full-color artist’s interpretation of the anatomy seen on plaintiff’s intraoperative cholangiogram allowed the jury to understand what was seen on this film. 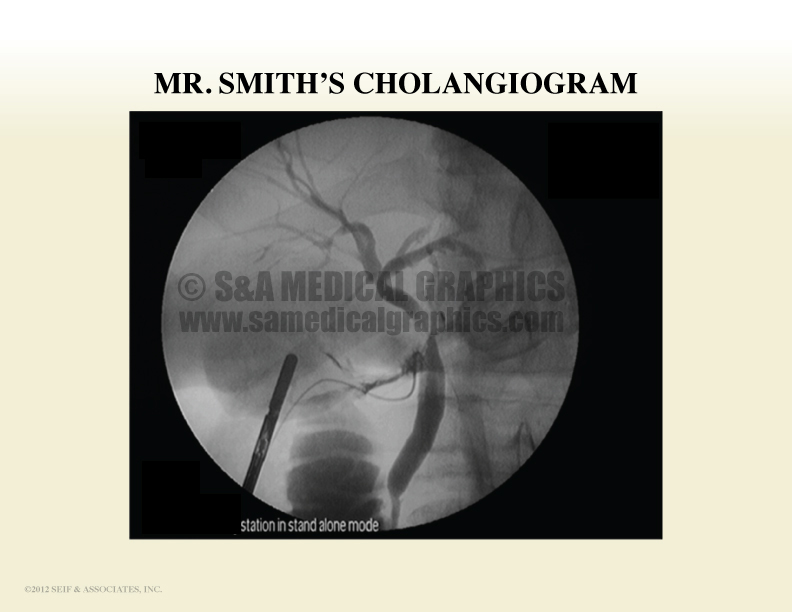 Exhibit 4 depicts the patient’s cholangiogram on the base board. 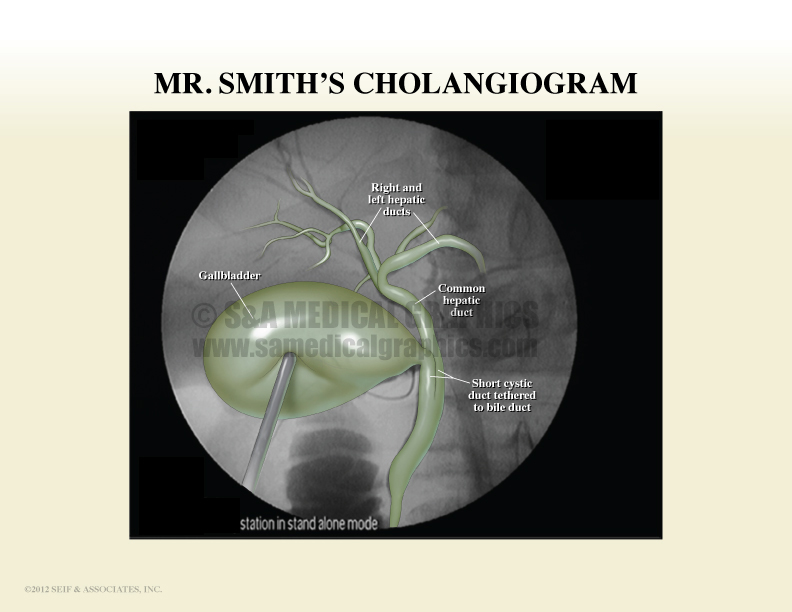 Lastly, a surgical series enabled the jury to see what the defendant did during the plaintiff’s procedure, showing that it was done within the standard of care, and unfortunately, the plaintiff’s anatomical variation resulted in the injury. 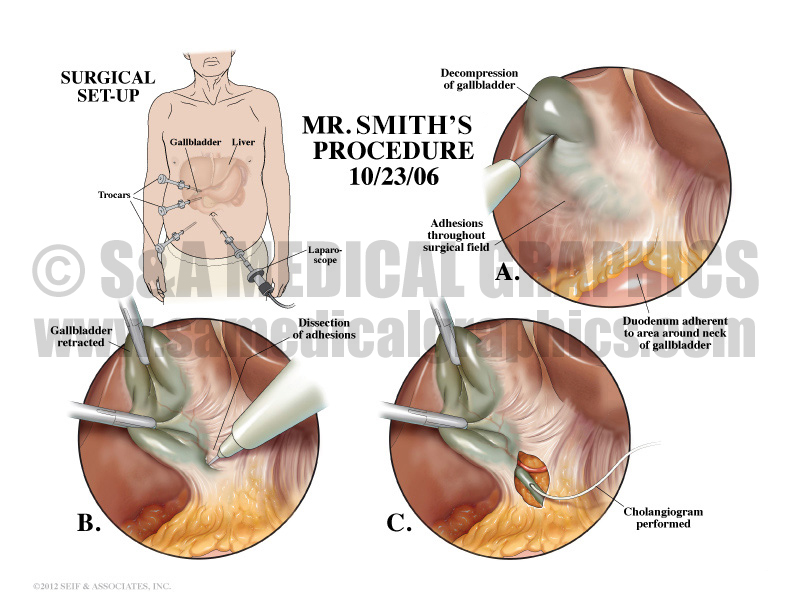 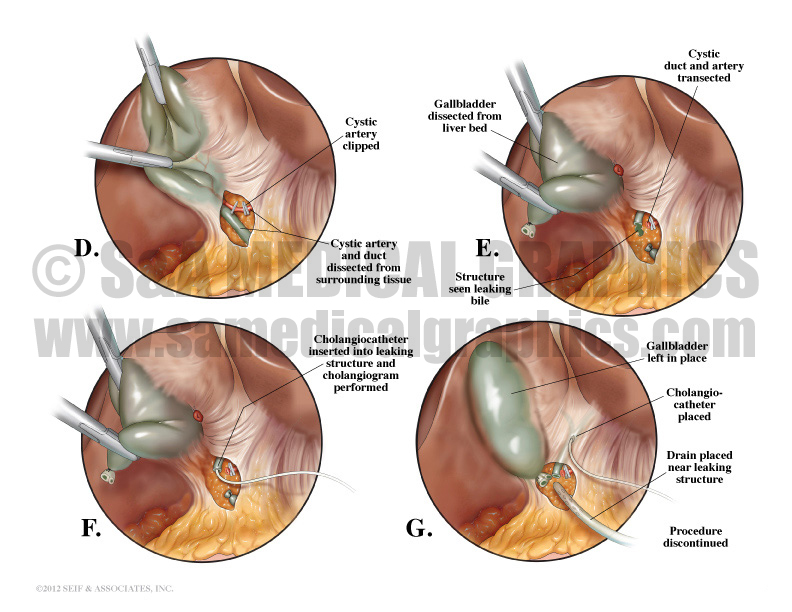 The visual exhibits used in this case enabled the defense to present the defendant’s story from his point of view and in a very realistic manner. The client felt that they definitely contributed to a defense win in this case!